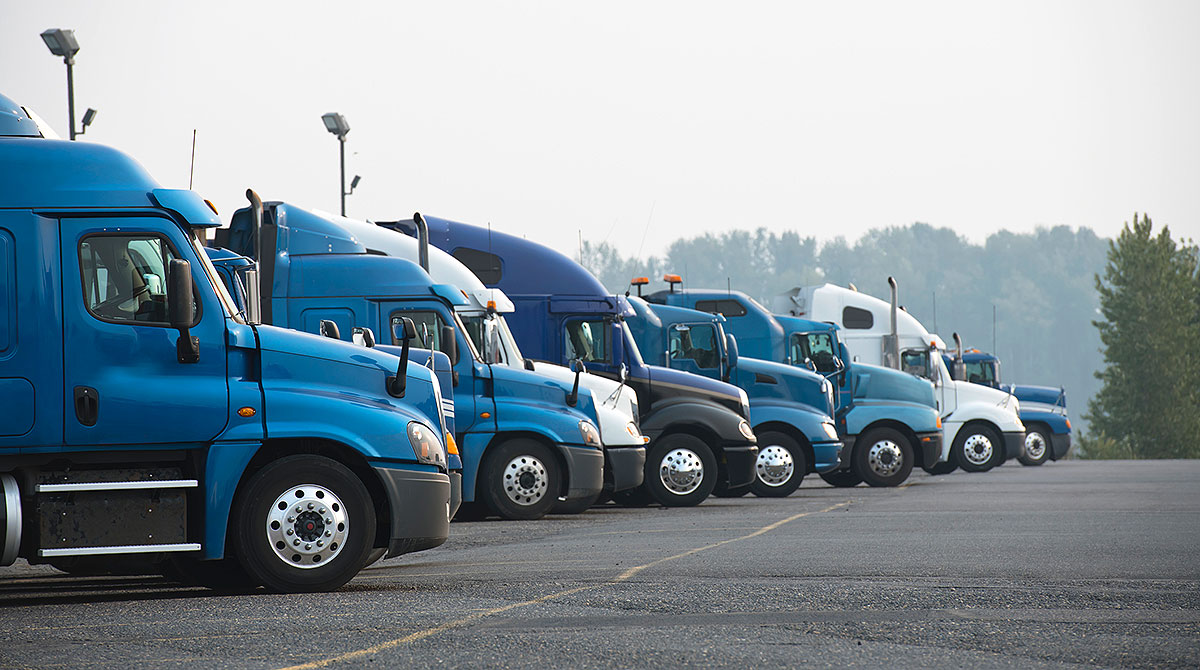 What’s the journey of all the goods we consume? Trucking is dangerous, difficult and in demand. Here’s the story behind an industry on the cusp of major technological change.

In May 2020, with the coronavirus pandemic in its infancy, a chain of colorful big rigs parked along Constitution Avenue in Washington, DC, for nearly three weeks. Horns blared as idling truck drivers protested sinking pay, rising insurance costs and lack of transparency from the brokers who set their rates to transport goods. In a Roll Call video, an organizer described what it was about: “All the things that were brought to the stores … [truckers] brought it, and they’re the ones who got screwed in the end.”

The modest-size demonstration went largely unnoticed by the American public. But it represented something much larger that affects us all.

What would happen if all the 3.5 million truck drivers in the US stopped working for just three days? It wouldn’t take long for America to resemble a sci-fi dystopia: Grocery store shelves would go bare, hospitals would run out of medical equipment, computer and vehicle parts would dry up, fuel tanks would go empty. Consider some of the shortages we witnessed through early COVID-19 times, like meat and cleaning supplies, but in an exponential ripple.

“The world would come to a stop,” said Ricky Rodriguez, a flatbed truck driver who works 12 to 14 hours a day hauling steel, aluminum and lumber through the Midwest. Paul Marhoefer, aka “Long Haul Paul,” a veteran trucker and host of the eight-part Over the Road podcast, was equally blunt in response: “The biggest effect would be on the psyche of the nation.”

Trucks are the linchpin of the economy, responsible for moving 72% of all the goods we consume. They’re a critical link in the supply chain for both goods arriving in ships from abroad and those made in the US. Every product that goes from an American port or factory to your doorstep rides on a truck at some point. Like intrepid pilots of the highway, truckers collectively travel 450 billion miles each year to haul those loads for consumers, carrying 11 billion tons of merchandise, electronics, supplies and produce.

“Trucks will continue to be the dominant freight transportation mode for the foreseeable future,” Chris Spear, president and CEO of the American Trucking Associations, said before a Senate committee in May.

Still, many of us don’t think beyond our one-second “Buy Now” click, or how our online shopping builds a demand for freight carried by trucks. We just want our mass-produced items, the bulk of which are made overseas, cheaper and faster, as CNET reporter Ian Sherr spells out in the opening story of our Made in America summer series.

So what do we really know about the invisible life behind the wheel? And as manufacturing continues to be outsourced and as vehicles shift to natural gas and electric, will America just keep on truckin’ in the same way?

To find out the answers to those questions and more, I spent time talking to truckers, industry experts and executives from companies specializing in self-driving vehicles. With so much hype around new robots on wheels replacing the jobs of millions of truckers, I wanted to understand how these hauling machines have evolved, how they’ll survive seismic shifts in automation, and how some truck drivers are working 80 hours a week and still going broke.

One thing is certain: Even with such promised innovation, the $800 billion trucking industry isn’t going to disappear.